Your cart is currently empty

Mountain wine in Catalan.  There is something special happening in Calce, France.  A Catalan commune that is located between the Mediterranean Sea, the Pyrénées mountain range and the Corbières foothills. Situated at about 300 meters altitude, Olivier Pithon is crafting soulful, affordable and unique expressions of Southern Rhone varietals.

Olivier Pithon has been involved with wine from a very early age. His Grandfather was a vine grower in Anjou and when Olivier was four, his big brother, the legendary Jo Pithon, settled on the hillsides of Layon in the Loire Valley of France. After learning his craft in Bordeaux and  Jurançon, Olivier settled down in the village of Calce, where he met with Gerard Gauby. Gauby was one of the first to settle in the mystique and remote region of Catalan: old vines and the opportunity to forge a voice from the rugged hillsides of the region made sense to the famed Vigneron.  Olivier found his mentor and the inspiration to work the land and create wines of place.  Olivier achieves a balance between character and nature. His goal is to make the wine as good as possible by getting as much out of the soil as he can.  Adherence to organic viticulture and respecting the environment for generations to come. 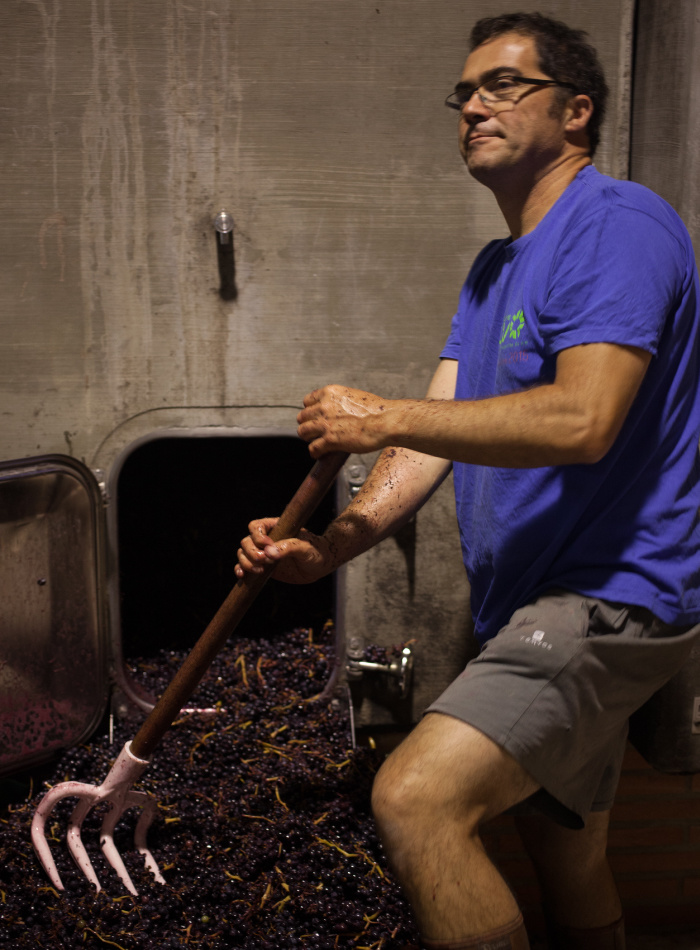 The hills are alive.  Here the solid limestone cliffs ruggedly form the contours of the coastline in Southern France.  The terroir is much different than an hour North to Toulouse where sand and clay are much more likely to be planted with Bourdelaise varietals.  Here the limestone reminded Olivier of the Tuffe soil he so enjoyed as a youth, frolicking through the vineyards and fields of his brother's Estate.  There was no need to plant vineyards, as Gauby took a back seat and blessed Olivier with ancient vineyard sites and some of the best terroir in Southern France.

There is a nomad pursuit to anyone willing to call this part of the country home.  Think Appalachia on the Mediterranean Sea.  A band of misfits and recluses sprinkle the rolling mountain sides and sparsely inhabit the small villages that make up this wonderfully raw section of land that blends Spanish & French cultures while basking in the untouched beauty of the Mediterranean.  Catalan is its own country in history and culture.  One doesn't need to rely on convention here.  The wines, cider and food of this geographic mixing pot has an identity of its own. That's why these wines are so special.  They speak only of the place. 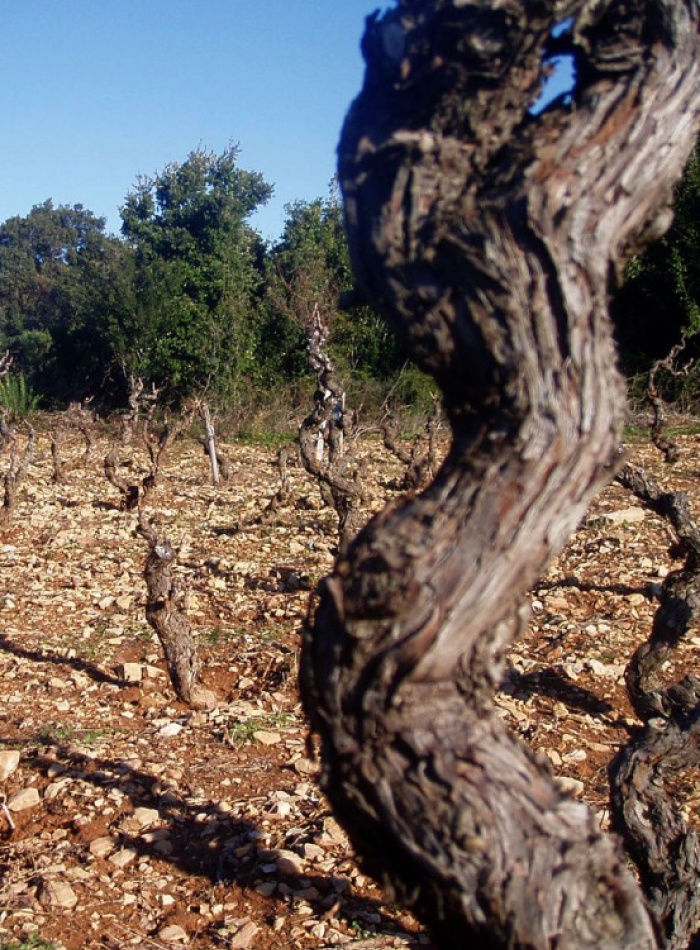 The Mon P'tit Pithon is a country red blend of Grenache, Syrah, Mourvèdre.  Crafted from older vines and vinified in concrete tank to preserve a rustic, but fresh expression of the land. The 2018 vintage of Mon P'tit Pithon Rouge, it's just the best everyday red wine we've had this year!

If you're looking for a case of easy drinking red that can stand up to the Fall dinner table, this is your wine!  The 2018 won't last another month or so in the market.  It's ready to drink now and worth stocking up on for the Holidays.